Keith Donnelly
Keith Donnelly - Ruthless Surrealist Guitar-Slinging Abstract Songer Sing-Weaving, Teller of Short Tall Tales and Long Short Stories’. Available to play Concerts, Festivals and Clubs (and most anything else you can throw at him!) all around this crazy world.
​

Keith’s serious songwriting [for years in the shadow of his comedy] now has a new leaf of life since he’s started working [when their solo commitments allow!] with the fantastic French vocalist Flossie Malavialle as ‘Folk Superduo’ - Dark Horses 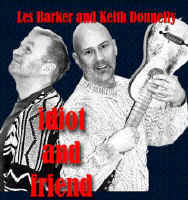 ​
In the last few years Keith has dipped his toe (actually his toe went in last, as usual he dived in head-first!) into the parallel universe that is ‘Proper’ Storytelling. Telling for adults as well as children at Storytelling festivals and clubs.
Keith is an ‘Honorary’ (their term), ‘Ninja’ (his term!), member of the famous Shaggy Dog Storytellers of Hebden Bridge. 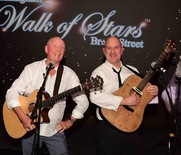 As well as writing all his own material, Keith enjoys writing for other people. Over the years he has had the opportunity of writing for and working with some of his own favourite funny people. Notably the ever hilarious Jasper Carrott, and the wonderfully weird Phil Cool.
Keith welcomes enquiries from Charitable organisations